Durian season is upon us once again. According to a popular stall, 99 Old Trees Durian, the season is projected to peak between late June to mid July, with the season projected to end in August. A peak season would mean lower price and better quality — an overall win for us consumers.

To aid your quest in finding the perfect durian, here’s a definitive guide to 15 of the most common type of durians, as well as a few tips on how to choose the best durian for the most shiok feasting in this durian season.

Commonly used in pastries and desserts, Mao Shan Wang (MSW) is one of the most popular type of durian. Its bittersweet flavour is easily palatable by those who don’t like an overly-sweet or bitter durian, striking a nice balance that is well-appreciated among the masses. The creamy texture also makes for a more luxurious, decadent treat than some of the more watery durian varieties.

You can identify MSW durians easily from their star-patterned bottoms. Be sure to check for the pattern before purchasing, as MSW durians tend to fetch a high price.

A strong contender for most popular durian variety, the D24 Sultan has a lighter flavour that makes for an easy introduction to the exotic fruit. Much like MSW durians, D24 has a smooth and creamy texture, but its flavour carries a slight bitter note.

This variety is good for those who aren’t fans of overly sweet durians. With a sharp bitter taste, the Golden Phoenix has pale, yellowish-white meat which has a watery texture and pungent smell. This may be an acquired taste, so it’s not recommended for beginners!

Red Prawn might sound like an unfitting name for a fruit, but it’s named such due to the reddish-orange tint to its flesh. It comes with a sweet aftertaste, and has a custard-like creamy texture.

This type of durian also typically comes with a smaller-than-usual seed, meaning more flesh per piece!

Can’t get enough of Mao Shan Wang? The Wang Zhong Wang directly translates to the King of Kings, and are the highest grade of MSW durians. They undergo a thorough inspection to ensure the flesh is consistently creamy and bittersweet, usually fetching a higher price that’s worth every cent.

Another common type of durian, D101 carries a mildly sweet flavour with a nice buttery texture. The flesh is considered orangey compared to other varieties, and is a good option for individuals who don’t favour the typical bitter taste of durians.

With deep orange flesh, the D13 bears resemblance to the Red Prawn. In fact, durian seller 99 Old Trees warns that dishonest sellers sometimes try to pass D13 durians off as Red Prawns to get a higher price from customers.

It has a mild and sweet taste, and tends to be less pungent. This makes it easy on the palate (especially for beginners). It has big seeds, which means less flesh, but goes for a relatively low price.

D1 durians have a milky taste, and unique small bell-shaped seeds. These durians are more fibrous than most, which gives it quite a chew. It might be an acquired taste, but you should still give it a try – you may end up liking it.

Named after the alcohol, XO durians have bitter flesh, and carries an alcoholic aftertaste due to the fermentation inside the shell. This gives it a strong taste which may not be suitable for all durian eaters.

It can be easily recognisable from its pale yellow flesh and a small depressed star-shape at the bottom of its shell.

If you prefer your durians bittersweet, the Black Pearl is the ultimate must-try variety. This type of durian has pale yellow flesh, with a smooth and creamy texture. It also has a tiny seed, making it all the more shiok to eat!

However, it is considered to be quite rare, so be sure to latch onto any opportunity to try it out.

With a similar greyish undertone in its flesh, Black Gold durians are basically a higher tier of Black Pearl durians. It tends on the bitter end, and has a delightful custardy texture.

Another rare find, Tekka/Green Bamboo is for the durian connoisseurs who love to try new varieties. Sometimes known as the Musang Queen, this elusive durian type is said to have a deeper and more profound flavour than the MSW we all know and love.

What makes this variety special is the hint of floral flavours in the flesh, which pairs nicely with the sweetness to bring about a unique taste experience.

A formidable rival to the famous MSW durians, Black Thorn has a similar bittersweet flavour to its flesh. However, they are not as common as MSW durians so they tend to fetch a slightly higher price. They have a wonderfully indulgent custard-like texture, and is a delight that all durian-lovers have to try at least once!

The D17 (also recently known as the S17) has a satisfying creamy texture, with moist flesh that won’t leave you searching for water during your durian feast. Most D17 durians have a unique bitter taste that doesn’t overwhelm or feel too jelak after a while.

A good choice for beginners and children, the Hor Lor (D163) has a mild taste which won’t be too overwhelming for the palate. This type of durian is well suited for those who prefer slightly drier and stickier flesh on their durians.

How To Pick A Good Durian

Everybody definitely wants the most bang for their buck, and it would be disappointing if the particular durian you end up with is unsatisfactory. There are two main things to look out for when choosing your durian – ripeness and freshness. We’ve compiled some tips to help you pick the best durian, for optimum flavour and texture.

Using your fingertips to gently scratch the stem of the durian, watch closely to see what happens. If it reveals a fleshy and leafy-green interior, the durian is fresh, likely less than 24 hours off the tree.

If the stem is dark, it means that the durian is likely days old. The same goes for durians that are missing their stems – they are probably of low quality, likely having their stems cut off by the sellers in an attempt to pass them off to unsuspecting buyers.

Additionally, a thicker stalk is an indicator that the fruit has received a lot of nutrients from its tree. This means the flesh is likely to be plumper and of better quality.

Sniff along the lines of the durian, where the spikes run parallel to each other. Ideally, smell the top portion of the fruit instead of the bottom, as the husk is thinner at the top and the smell can permeate better.

If there is hardly any smell, the durian is unripe. Besides that, you should also pay attention to the specific scent emitted. If the smell is overpoweringly strong, it’s likely overripe.

It’ll take a bit of experience to nail the exact scent to expect, but you’re mostly looking for an aroma that strikes a good balance between faint and strong.

Contrary to popular belief, a perfectly round durian is not necessarily the cream of the crop. Despite their ideal shape, they tend to taste more bland. Instead, look out for irregularly-shaped durians, especially oblong ones, as the flesh tends to be more aromatic and creamy.

Durians that have bulging sides have fleshy seeds, while concave sides are usually an indicator of hollow chambers.

Although the sellers are usually the ones handling the fruits, be sure to listen up when they shake or tap the durians. If you can hear the flesh moving inside the shell, ideally with a clear yet slightly squishy sound, it’s perfectly ripe. Unripe fruits may let out a hard and hollow sound, or no noise at all. The latter also applies to overripe durians.

If you manage to get your hands on a durian, shaking it should let you feel a small movement if it is nicely ripe.

It’s not uncommon to see customers getting durian sellers to cut open the fruits for inspection before they purchase it. Taking a look at the colour of flesh is another important step in finding the ideal durian.

In the above section, we’ve collated the colours of most durian breeds. Check these normal colours against the fruit you’re inspecting and make sure they more or less match up. If the flesh is too pale (even for those meant to be pale yellow in colour), the fruit would likely have been underdeveloped and would be tasteless.

Additionally, you should also take a quick look at the colour of the spikes on the husk. Bright green spikes indicate the durian is unripe, while dry brown ones point to an overripe fruit. A durian of ideal ripeness should have green spikes with brown tips.

Know what type of durian you would like? Then check out these 20 places to reserve quality durian or get them delivered to you – Durian Season 2021 for an ultimate convenience and indulgence!

To stay updated on the best available deals in Singapore, join us on Telegram now! 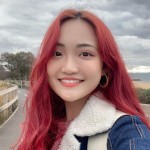